Kim is one of our faithful volunteers who gives her time serving on the committee, heading up the Pancakes In The Park event, and much more. We are so thankful for her, and all that she does for the this ministry! Here is a little re-cap of the day from her perspective. 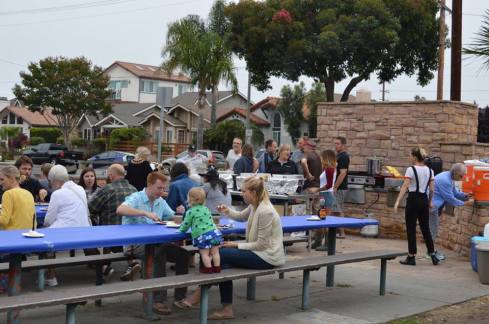 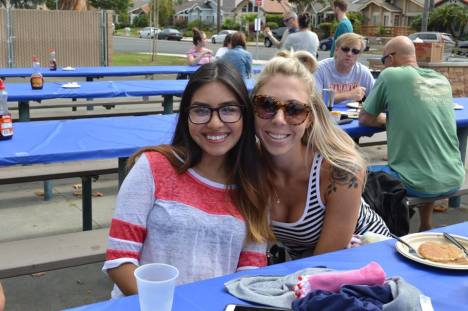 But even more astounding is the number of people who showed up to support a week of camp for the YoungLives moms and their babies.  From the smell of sausages cooking, hearing the sounds of the kids playing in the bounce house and the joyful chatter of people interacting along with seeing all the people at the craft tables made my heart smile! 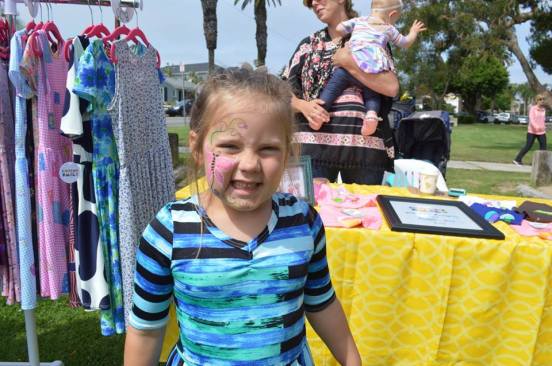 My husband and I were fortunate enough to experience camp at Lost Canyon a few years ago. It’s a beautiful facility where their goal is to cater to these young moms with fun activities, great food, and a powerful yet fun daily message that led up to the last evening which gave me goose bumps. The intentional silence with the background of angle-like voices singing a hymn resonated throughout the whole camp. It was all you heard yet you felt like you were witnessing beautifully broken hearts being mended. At that moment, you knew lives were being committed to hearing Jesus’s voice and following His plan. 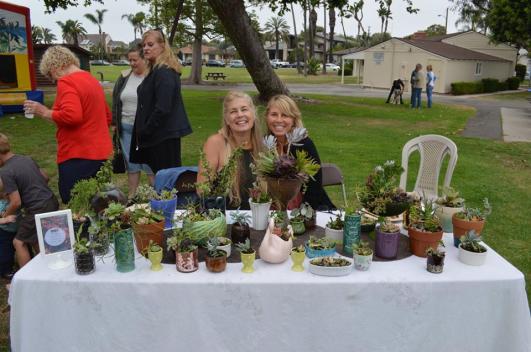 YoungLives Camp is a place where moms find refuge. They are surrounded by people who just want to pour love on them and speak into their lives. They get to experience God for 6 solid days with no outside distractions or influences.  Its intentional, purposeful and a very memorable trip that I hope every mom gets the opportunity to partake in.

We have officially dove into the summer season, which means graduations are upon us!! I always love getting to see teen moms graduate from High School. Seeing their smiling faces walk down the aisle in their cap and gown as their families, friends, and loved ones cheer loud, they realize they have done it, they beat the odds and they graduated. Despite their circumstances and words the world tells them of not being able to do it all with having a baby, working and being in High School, they moved that tassel from right to left and achieved their goals to graduate. 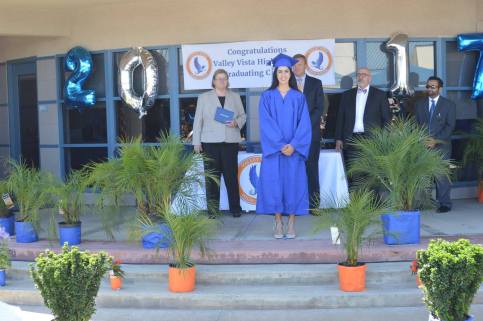 Last week was the Valley Vista graduation which is a continuation school that a lot of our girls from Huntington Beach have gone to.
I absolutely love this ceremony because you can really feel how much these kids are loved and encouraged by all of their teachers,

principal’s, and staff at the school. 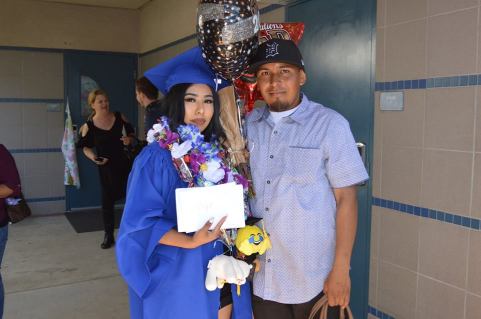 The principal takes the time to read off each kid’s goals, achievements and dreams before giving them their diploma. 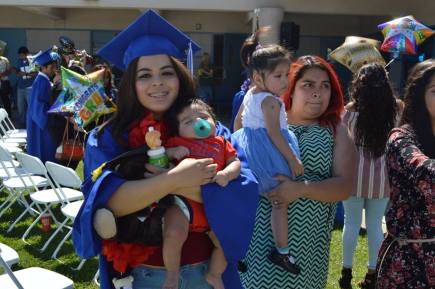 I think it’s so cool to highlight each kid and make them feel special and loved in front of all of their loved ones. We had three teen moms walk down that aisle this year. It’s been amazing to walk with them through High School, helping with homework and seeing them get to where they are now. 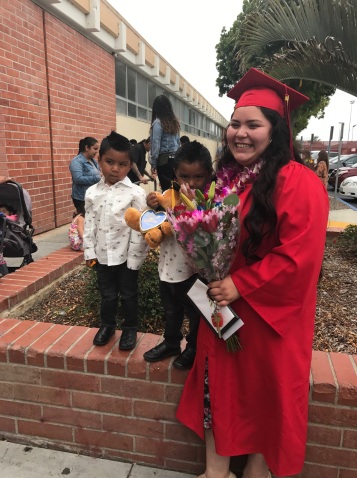 I also got to attend the graduation of Back Bay Independent Studies, where we had one incredible girl graduate. This mom has three-year old twin boys. I have gotten to see her grow up, face challenges, overcome obstacles, get a job, go to camp, and now graduate High School. She’s basically super mom to say the least, and I’m not going to lie, I got a little emotional watching her walk down the aisle to receive her diploma. She has been through so much and its been a long time coming for her, she did it!!

I really believe all of these girls are going to do BIG things with their lives, they are amazing, hard-working, talented, incredibly beautiful moms with big dreams and I can’t wait to see what God has in store for them and where He is going to take them! I couldn’t be more proud of these girls!!! 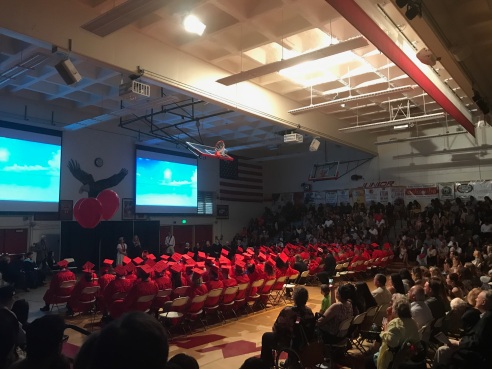 Wait…Did you just say Transparent Productions is offering us a space to have a YoungLives booth at Fishfest at the Honda Center? Whaaattttt???? Within days, the offer became even bigger – they wanted to show a teen testimonial video AND to allow Myrna to share on the main stage for a couple of minutes about YoungLives. ONLY GOD. Psalm 90:17 has always been my verse for my volunteering time with YoungLives “May the favor of the Lord rest upon us; establish the work of our hands for us.” And again, I saw Him showing favor on the ministry and preparing us for what He has next. 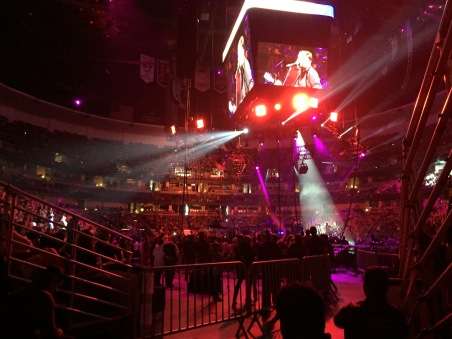 Instantly we knew this was a big opportunity to share the mission of YoungLives with a much broader audience. Not just for North OC YoungLives but for Young Life – the national organization. We wanted people to visit the booth, to hear more, to be interested in the mission, to be informed on the needs, to understand how passionate we feel about this group of teens being mentored, loved on, and ultimately reached for Christ.

Sue and I had the privilege of getting to do the booth set up. We watched the Transparent Production (shout out to these guys and gals – they are AMAZING) team bring the Honda Center to life – from a quiet, large space to a bustling, light filled, music playing, Jesus worshipping celebration! We filled our booth with a prize wheel, cool little winnings, and lots of informational handouts about YoungLives as an organization and our local upcoming events. 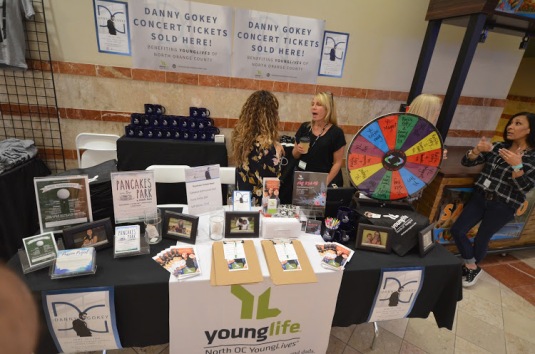 After Mac Powell finished his set, the lights dimmed and then the video of Crystal’s testimony popped up on the jumbo tron screens. It was really powerful. Then the spotlight was on Myrna as she came on stage in front of a sold out crowd of 15,800 people and shared about YoungLives and Young Life. She shared articulately, passionately and professionally about the organization. It was super cool and those of us that were there were sooooooo proud of her! 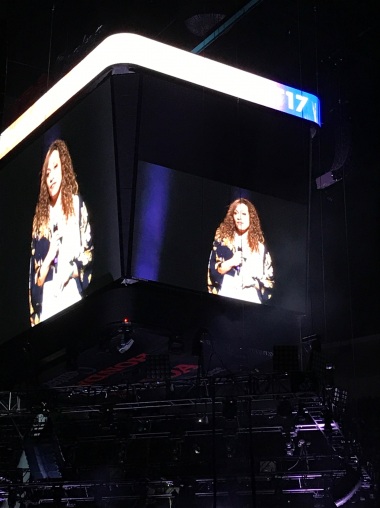 The entire afternoon was active at our booth but after Myrna shared, it became insane! The wheel got spun hundreds of times, prizes were won, information handed out, Danny Gokey concert tickets sold (for his concert benefiting YoungLives!), and the conversations…So many powerful conversations. Standing back and watching the crew of volunteers that were there sharing their gifts was a definite highlight of the evening for me. Myrna making connections and getting peoples contact info, Chick calling out to people to spin the wheel and encouraging each one that spun in some way, Kim & Jim selling Danny Gokey tickets and promoting all the upcoming YL events, Adrienne on her feet assisting everyone in every which way, Tony was also a prize wheel master helping each person to walk away happy with their prize, Mike sharing about the upcoming Golf Tournament fundraiser with anyone wearing a polo shirt (his clue that they may be a golfer – haha!), Abby & Michael unable to be contained by a booth with their evangelical gifting were out in the midst of the crowd stopping folks to tell them about the ministry, Danny & Laurie spending time listening to peoples stories and sharing their passion for YL. 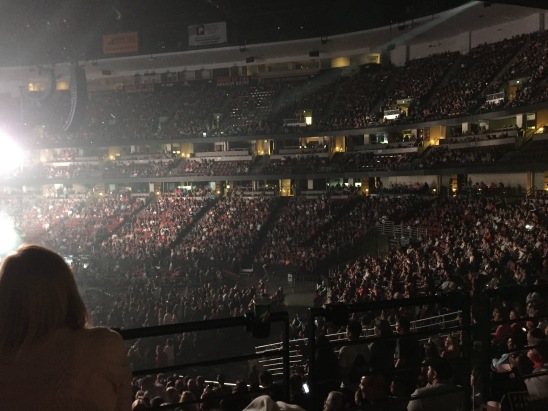 Once again watching His people, I was reminded that the Lord “establishes the work of our hands for us.”

One of the events that our volunteers and staff look forward to putting on each year is our YoungLives Prom! Several of the teen parents attend continuation school so they do not have the opportunity to participate in a prom or they attend traditional high school and childcare and finances can get in the way. Since the inception of our area we have been able to provide the teen parents with a special prom night. It is always a family affair for the teenage parents and their children. They show up with baby, diaper bag, and matching outfits not knowing what they are about to experience. 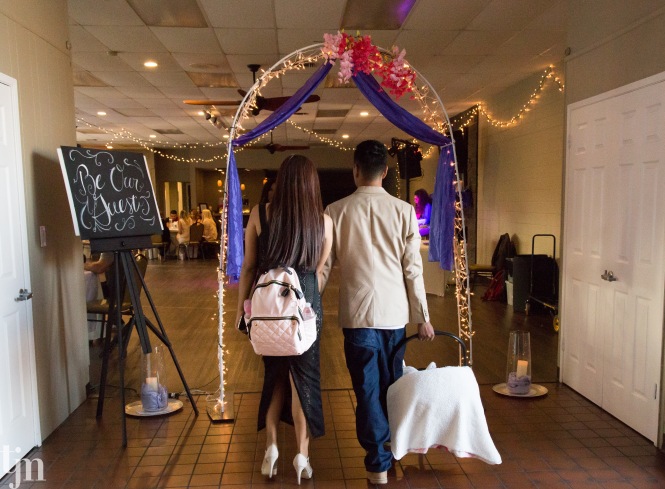 As we planned for our 5th annual prom, we were in search of a venue that would offer a good space for fun and dancing and a space to offer childcare in a central location. We ended up finding Halecrest Park and Tennis Club and it ended up being a perfect fit! They were very accommodating and set-up went for all of our volunteers and vendors. I love how for events like this so many different individuals, groups, and churches come together to make the evening possible. Having others join us in bringing the vision to fruition is one way that I see God’s love on display. Not only His love for me, but for the teen moms and dads that we minister to.

The preparation for this day started months ago. I think the women’s group from Mariners Church HB starting thinking about decorations back in February! They showed up at 1pm to string lights, decorate the tables and deck the entire space out for our “Disney Ball” (the theme that the teens voted for). Jim West of the Barnabas Group OC hired Richard Boufford of Just Good Fun to cook us a phenomenal meal. He made paella and a crème brûlée type of dessert for us! 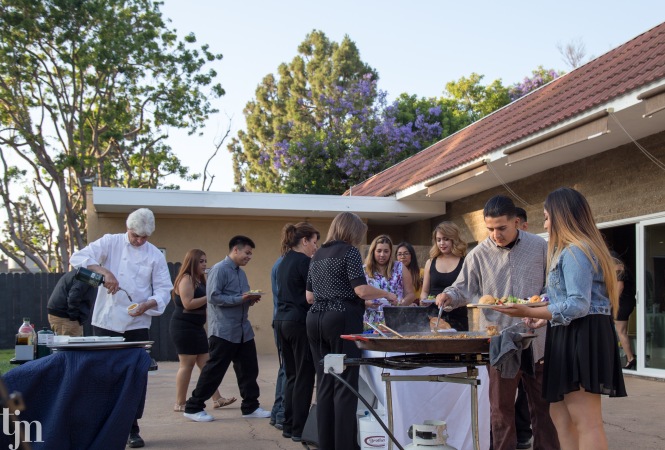 The teen parents were driven to prom by our volunteers and first had to drop of their children at the childcare room we had set up. From there they were given a golf cart ride across the field and were greeted by live music in the venue, beautiful decorations, and the scent of Rick’s Paella cooking on the outdoor patio. I loved seeing the joy on their faces throughout the evening. One mom was especially excited about this night as it was her senior year and she would be coming with her boyfriend who is a Marine. She wore a beautiful sequined dress and he came in uniform. As they rode on the back of the golf cart people honked and waved to them. For a moment I hope they felt the like royalty. I have to believe that this moment and the rest of the night was meant to be a glimpse of how Jesus loves them and views them. No matter where they have been and what they have done, Jesus laid down His life for them, just like for you and me. He sees them in their brokenness, in their exhaustion as they juggle school, parenting, a relationship and the usual drama that comes with being a teenager. 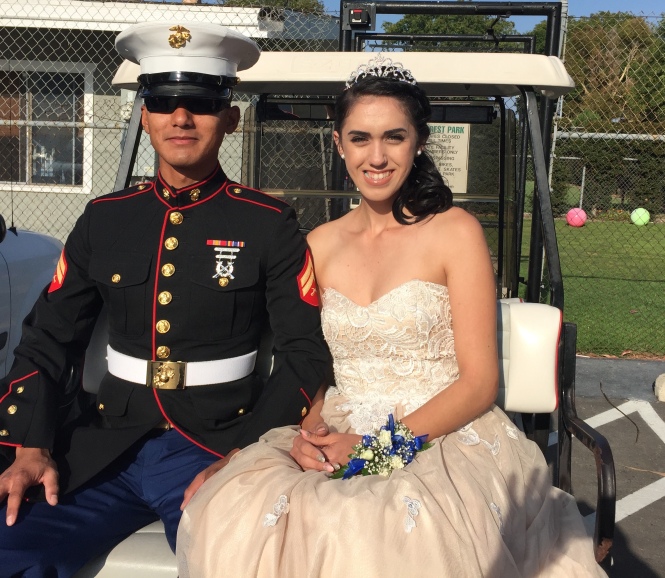 I love all of the friends and vendors that come out to put on this event. They give of their time and talents to make it an extra special night. Two of them in particular have been with us for 5 years now! Luke Sensebe of Premiere Events has been our DJ and provided sound/lighting to set the tone of the night and Chloe Atnip has set-up a photobooth at not only prom but several times a year! Both of these are really great because they help create lasting memories for all of us! This year we also had Tony J. Matos join us as a photographer and it was awesome to see how he captured the night. 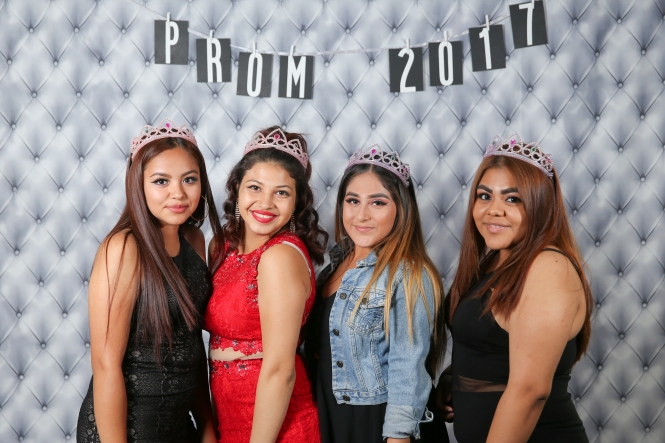 This year’s prom felt like the best one yet. The teens danced the night away, got their pictures taken in the photo booth, enjoyed a delicious meal, socialized with each other and their mentors, received awards, and were encouraged to take Christ with them as they enter into the upcoming season. I am so grateful for each and every friend, partner and vendor that helped make this evening possible. 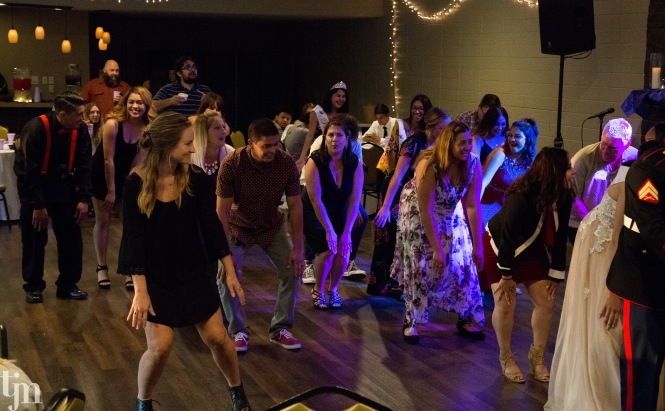 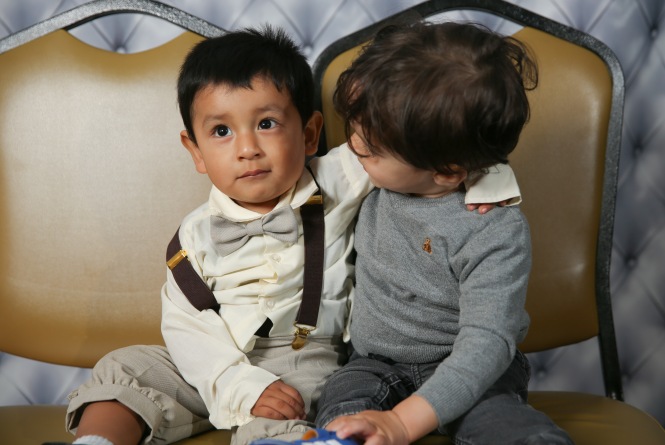