On September 28th, 2019, I attended the 4th annual North OC YoungLivesGiving Gala.  This year it was held at the Yost Theater in Santa Ana.  And it was incredible! Not only was everything just perfect, but it was amazing to see how much God keeps pouring into this ministry in such an extraordinary way.

I’m so thankful that YoungLives continues to ask me to be a part of this special night!

This time around, I was blessed with the opportunity to greet and check-in guests as they arrived. It was an unexpectedly windy and grey evening and the check-in table was outside. I was not prepared for the weather and it was cold. However, as soon as the guests started to show up all of that changed. The light and love of Jesus coming from those in attendance – people who continually, willingly, and lovingly support YoungLives– exuded a sense of warmth that not even the sun could have replicated.

I loved being able to see and assist everyone as they arrived, especially the teen parents.

During dinner, I saw some Teen Moms and Teen Dads get up and make their way to the stage.  I knew what was about to happen. They were going up there to share with everyone how YoungLives has impacted their lives and the lives of their children. This is one of my favorite parts of the night because it’s so special to be able to hear directly from these parents how YoungLives has encouraged and affected them. They always have such beautiful and genuine examples of what God and YoungLives has done for them and their confidence, courage and strength always blows me away.

Halfway through the group of teens I heard, “Without YoungLives, I don’t think I would have ever graduated high school”

Tears came to my eyes.  Those words were coming from a young woman I met just one year ago at this very same event. A young woman who told me she wasn’t sure if she was going to make it through high school.  A young woman I encouraged to stick it out.  I could tell just from talking to her that she had what it took to get through.

And now here she was, standing on stage declaring that she had done it; she had graduated. Not only had she graduated, she was about to start her college classes. I was overcome with emotion.  And not because of anything I did, but because of what God did for her through the YoungLives ministry.  A ministry she now wants to give back to; where she can help others to overcome similar challenges she has had to face.

Each year, YoungLives is able to provide more and more assistance to teen parents in Orange County because of what God has done to stir the hearts of so many people who come together to make it all happen.  It’s so wonderful to see so many people who consistently step up and step into the lives of these courageous teens who chose life for their children.

Lives are being dramatically altered, hearts are being changed for the better and God’s will is being lived out through your actions.  And all because you’ve chosen to live a legacy worth leaving. 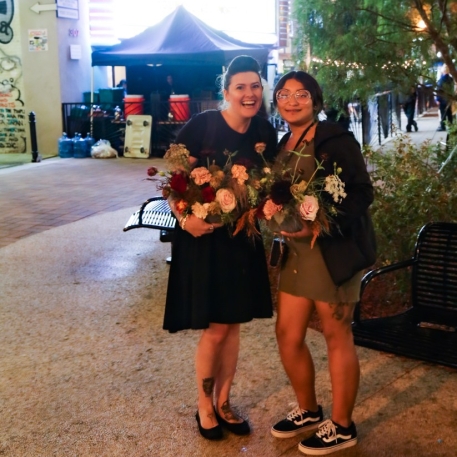 Amber with one of the YoungLives moms