This past January 27th to the 29th we went to Young Life camp at Oakbridge down in Ramona, CA. Every year we try to take teen moms and dads with their babies to this camp, since it is close by over a weeken. It is an opportunity for the teen dads to go to camp too. Usually we have a few kids wanting to go to this camp, or we seek them out up until the last day and beg them to go. But this year it was different. You see, a year ago God opened the door into Santa Ana. We started club there and this year, when the kids heard about this camp, wow, they had their forms all completed months ahead of camp and they were committed to going on the trip. We had 3 couples with their babies, and 1 teen mom with her baby. 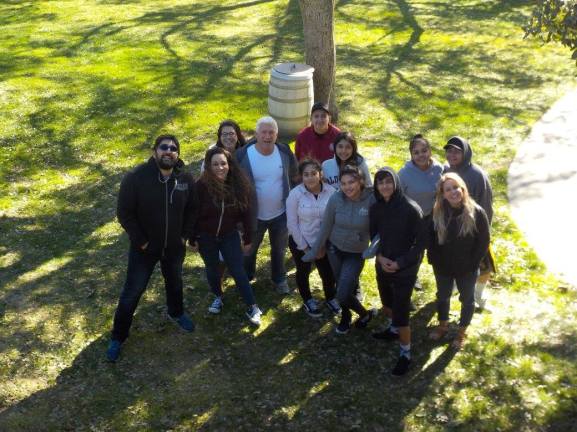 You might read this and say amen that is great, and honestly, yes to that amen. Nevertheless, the day before we were headed out to camp on a Thursday my 1-year-old son, fell on the playground while he was playing and broke his right hand. At that moment, all I was thinking about was my son’s pain and suffering and how are we going to deal with his broken arm going into such a weekend. I remember considering staying at home with him over the weekend and letting my wife take the kids to camp. Friday early morning, we managed to get him into a cast after seeing a specialist and decided we would rather all of us go to camp as a family.

While we were at camp, all I could think about was how we are sacrificing the health of our son to be here. The enemy attacked me in my thoughts and he started using my new weak point, which is the health of my son. He kept attacking my heart and mind with lies, saying; your son is in pain, your son needs rest, your son needs to recover, your son is getting worse and so on… I remember being angry at myself in a way and really doubting being a great father.

On the last day of camp, we do something called “Say So!” it is a time where the kids at camp have the opportunity to stand up if they chose to give their lives to Jesus! It happens right before we leave camp to haed back home. At that time, I remember us inviting the childcare volunteers to come and attend this amazing time of Say So. I remember my son being in the room and me carrying him beside his mom. Then all our kids that we took to camp stood up declaring that they had committed their lives to JESUS. At that moment I looked at my 1-year-old son and saw his eyes, I saw him witness kids proclaiming JESUS as their Savior. I hugged him close and GOD reminded me at that moment, IT IS ALL WORTH IT, FOR MY SON TO WITNESS TEENAGERS SAYING YES TO THE LORD. That one day my own son himself will stand up against this entire world and say the only important yes of his life, YES TO THE LORD!

God reminded me of Abraham and Isaac, Where Abraham faithfully with no questioning took his son up to sacrifice him to the Lord, but God saw his heart deep down regardless of the pain and the fight of his human desire. God did not allow harm to Isaac, and God will not ever allow harm to us intentionally.

Yousef Bittar – a lucky husband of an awesome wife and a humbled father to an amazing boy!

One thought on “I have been reminded!!”