Tuesday night we had our second club of the year! It was an amazing night, we had the biggest turn out we’ve had yet!! About 15 girls and 7 guys! God is so good!! We started the night out with some meatloaf and mac & cheese (the kids were loving that) then we played a giant game of Valentine themed charades. After the game one of our volunteers Tammy shared with us on the topic of sin which is always a tough one but she explained it in such a easy and applicable way so that everyone could understand it. She taught on the woman caught in adultery found in John 8, she started out by asking the question “can you think of a time where you were really embarrassed?” for me I can think of about 500 because it’s a daily thing for me. Anyway, She continued to share on how the Pharisees stood this woman in front of the group saying

“Teacher, this woman was caught in the act of adultery. In the Law Moses commanded us to stone such women.”

How do you think this woman felt at that moment with everyone staring and talking about her? Probably afraid, ashamed, lonely, nervous and i’d guess a lot more than just that. What Jesus says is so amazing to me.

” Jesus bent down and started to write on the ground with his finger. When they kept on questioning him, he straightened up and said to them, “Let any one of you who is without sin be the first to throw a stone at her.” Again he stooped down and wrote on the ground.

Those who heard began to go away one at a time, the older ones first, until only Jesus was left, with the woman still standing there. Jesus straightened up and asked her, “Woman, where are they? Has no one condemned you?”

“Then neither do I condemn you,” Jesus declared. “Go now and leave your life of sin.”

How amazing is that picture of people just like us wanting to point out the sin in someone else’s life and Jesus says “Let any one of you who is without sin be the first to throw a stone at her.” One by one they began to leave realizing they were all sinners. Jesus died for every one of us dirty nasty sinners and He loves us despite our sins. How crazy is that?! 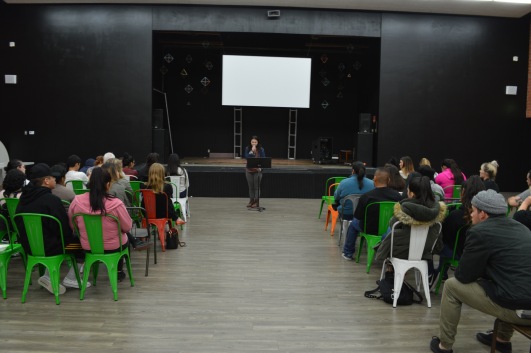 It was an amazing word from Tammy and I am so thankful for her position in volunteering with YoungLives in Santa Ana, she is such a strong vessel for the Lord and is always willing to jump in where someone is needed.

After the message we did a really cute and easy craft, we made little tic-tac toe set that you can stick in your purse or keep in your car for anytime you get bored and want to play a game. I thought that was so cute! 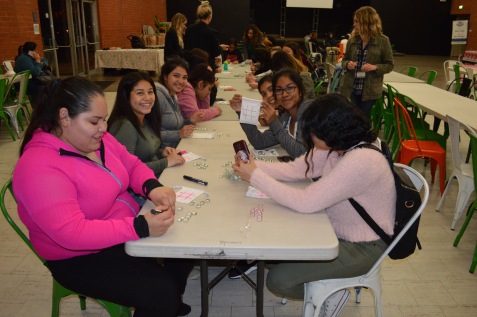 It was so sweet to see so many girls, babies, dads and volunteers there. Some forming new relationships, some catching up and some reuniting since being at camp 2 weeks ago. I love watching the girls and guys start to open up and really be able to get real with their mentors. Overall it was such a sweet night, God is so faithful in bringing more and more teen moms and dads. He is doing big things in Santa Ana and what a privilege it is to have a front row seat in watching that. 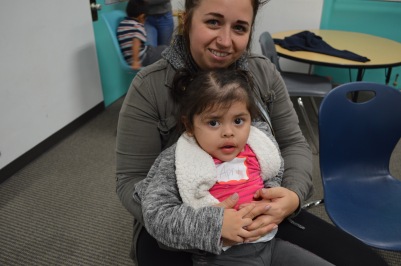 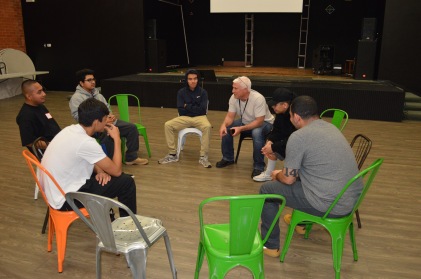