Almost three years ago I remember a morning, as my wife Myrna and I were driving to Lake Park for our first pancake breakfast fundraiser to help take the first group of teen moms to summer camp. As we were driving there, the song “One Thing Remains” started playing on the radio and as it went on Myrna and I started crying, we cried out of joy that God shows up and is at work all the time for His people. I remember the part in the song, “your love never fails, never gives up,” and that is the one thing that will forever remain, HIS LOVE.

As we were dreaming of reaching out to more teen moms and their families and sharing God’s love with them, we had a dream of starting YoungLives in Santa Ana. In the last year, God has opened doors for YoungLives to enter into Santa Ana. We have heard many stories and have seen the need for YoungLives in Santa Ana where God could show his unfailing love to His kids. We started seeing more girls from Santa Ana attend our monthly YoungLives club in Huntington Beach and they even started coming to church with us. As we continued to pray, I remember telling my wife that God would bring forward the right people to help us start YoungLives in Santa Ana. We knew that God doesn’t need us but wants us to cry out a little bit more to Him. It is like He wants to see your true cry for these girls and their babies before He entrust them into your hands. So as we continued praying and bringing it to God, it finally came true.

Last Sunday 11/15/2015, Myrna and I had the privilege of witnessing our mighty God’s work in Santa Ana. We attended Emmaus Church, which meets in the heart of downtown Santa Ana in the Yost Theater. It brought me to tears again seeing God at work in the unexpected way and place. As you walk in to the Yost Theater on a Sunday morning, you can still smell the alcohol from the party on the night before. It made me so happy to claim that place and witness a church meeting in a building that God is claiming His. 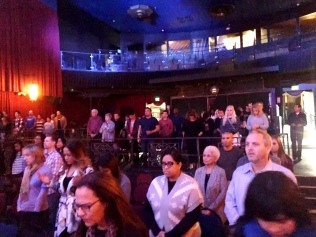 On December 3rd, YoungLives Santa Ana will have their first event ever in the form of a Christmas Celebration held a the Yost Theater, a place that everyone in Santa Ana knows and has seen over and over as they pass by it on their daily commute. It is amazing how God works and seeing His work being done is the most beautiful thing ever. After the Christmas party, YoungLives Santa Ana will start doing monthly clubs at Newsong Church located by Santa Ana College. All this was made possible first because of God’s work— God brought a group of people from multiple churches in Santa Ana to pour their love into these kids’ lives. 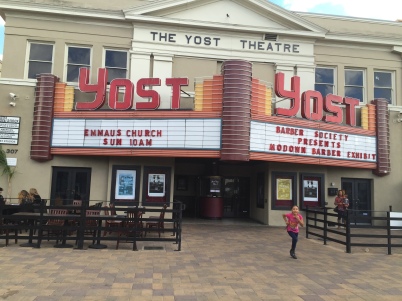